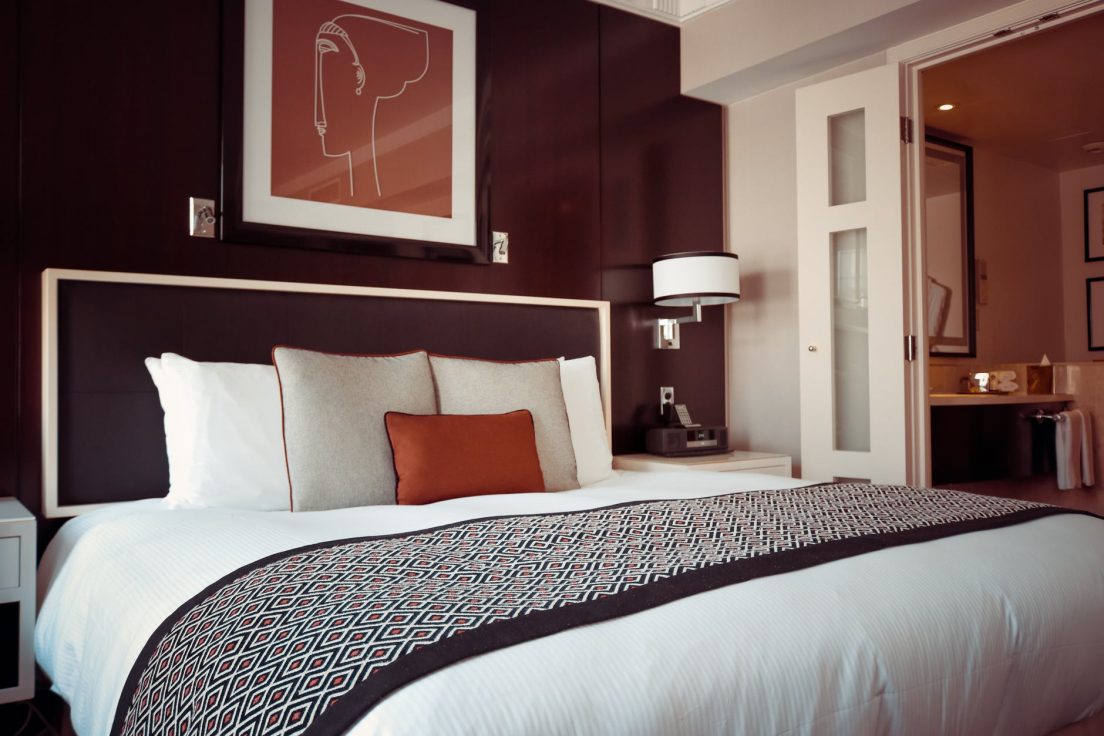 I love that you can walk into a fancy hotel wearing scruffy trainers and an oversized second-hand coat and when the receptionist asks why you’re staying, there’s no obligation to be honest.

Just a break from the world, you know how it is. The demands of the day to day.

It’s best if you ensure your outfit and your reason for staying don’t correlate. Then, perhaps, the receptionist will be puzzled and reflect on your visit later in the day. Perhaps they will think:

What a mysterious and badly dressed lady. She must be very important to wear such a large and ill-fitting coat.

I love that hotel rooms are completely anonymous. They are space filled with functional objects and none of the heaviness of your home. You can’t do chores when you’re in a hotel room. You can watch shit television and feel as though it’s justified. Sometimes they have bizarre quirks. One time I stayed in a hotel room that had a dining room in it. An entire dining room. This was not included in the hotel room description on the website. There was no extra cost for the dining room.

You can make really good friends at hotels. I once met a man who made a video for a hotel ten years ago and in return, they gave him free access to the spa for life. He is who I aspire to be. I once spent an hour talking to a hotel landlord talking about the intricacies of interior design for hotels. The next time we went, he gave us his best room.

Hotel rooms were my saving grace last year. I used them to process, to heal and to write. This wasn’t an intentional escapade, as much as when I consider the most poignant moments of 2018 they were usually set within faceless hotels throughout the country. It is more productive for me to describe my experience of hotel rooms to you than to attempt to articulate how catastrophically shit most of last year was (though not all of it, obviously. There were a lot of beautiful moments too).

Within the confines of these glorious non-spaces, I’ve made difficult phone calls, written letters to people that I’ll never share and contemplated the quality of my life and my own happiness. I’ve fallen in fleeting love with the lady who sat me down to breakfast each morning, been in a spa with a German furnace that’s one of the only ones left in the world (fancy). I’ve cried in hotel rooms. I’ve had some epic text conversations that felt like a resurgence of mid-00’s instant messaging. I’ve ordered room service (twice) and felt embarrassed about it on both occasions because there’s something uncomfortable about being served pizza on a silver platter. I’ve accidentally got drunk on overpriced beer. I’ve snuck prosecco into rooms to celebrate myself. I’ve chatted in lifts to people I don’t know about how underdressed we were. I’ve locked all my clothes in a changing room and emerged into the hotel in a bikini to try and find someone to get them out again. I’ve learnt to sleep after months of emotional stress. I’ve read a book about a hotel while being in a hotel and pretended that book was my life.

It sounds extravagant and unnecessary, but there is no better place to ground yourself than in a place that is essentially nothing but comfort. After going through a difficult breakup and the stress of owning a very cantankerous kitten, hotel rooms were my escape. They were the only opportunity I had to remove myself from the situation I was in and take a breather.

Now I kind of love my own room. I also kind of love my own flat. If hotel rooms are glorious because they’re comfortable and anonymous and not full of shit, then surely there’s something to be said for not owning a substantial number of possessions. I’ve learnt that the space and time to process I sought in hotel rooms needed to transfer into my own life – not least because it’s a very expensive and specific habit. There are only so many times you can disappear into a hotel room so that you can deal with your life’s issues

I imagine that this year, I will not extravagantly run away to hotel rooms because I’m sad and stressed. I would like to think that they’ll undertake the identity of holiday locations again, and I’ll find them a source of perpetual giddiness instead. All the same, I’ll happily lament to hotel rooms for the foreseeable future.

One response to “An ode to hotel rooms”