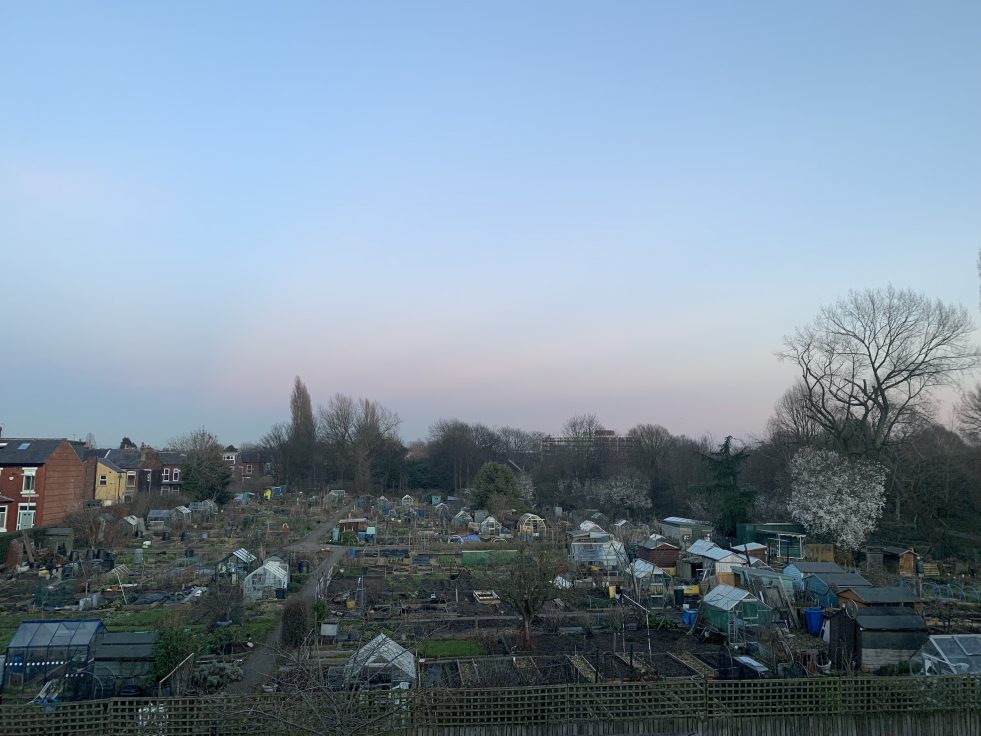 The sun was back in that teasing way that it has been, and I was sat in Piccadilly Gardens with one of my best friends. It was lunch and we’d decided to purchase a mid-week treat (a McDonalds that neither of us would mention again, a secret to be kept). I was in a bad mood, and I’d not been able to explain why. We sat in silence, watching a toddler bolting towards the fountains, her Mum running after her and dragging her back from the water that was bursting into rockets that were significantly bigger than the child. I was thinking about explaining where my mood had come from, but I was struggling to find the words so instead, I was silent.

I wanted to talk about how I miss my Mum. For some reason, I’ve lost the ability to do this.

I remember shortly before Mum passed away, my friend sent me an article about someone who had recently lost a parent. The writer was concerned that people would become tired of her harping on about grief, would begin to associate it with her identity and grow bored of her. Every now and again, that article springs to mind and I wonder if I’m like that writer. I also write about grief. Over the last few years, I’ve spoken about it in substantial detail to so many people. And at some point, I’ve stopped speaking about my actual feelings. I’ve corked them up and put them away while I methodically speak through the things I’ve felt but am no longer feeling.

Being emotionally honest is difficult, and I feel as though there’s a pressure to heal within a certain time limit. Or a misconception that we shouldn’t talk about death anymore because it’s done now. Once you’ve passed a year, two, three – you’ve done those first significant landmarks. There’s no more ceremony to remembering. The occasions you mark across the first twelve months pass away and there’s no structure to grief anymore. It becomes a bit like a secret, something that I feel uncomfortable mentioning because I have an unfounded fear that whoever I’m talking to could be thinking along the following lines:

Oh god, she’s mentioned her Mum again. Does this mean she’s sad? Do we have to acknowledge the situation? Is this all she’s ever going to talk about from now on?

It makes me nervous to express my emotions because I’m afraid that I’ll always be associated with Mum’s death and that it will somehow become a prominent part of my identity.  Will I always be tied to the death of my Mum? Do I want to be? I don’t want to feel as though my life is lead by something negative, but it is an event that has shaped who I am. I define my grief in the same way that most people do their gap years. My Mum dying lead to my year of self-discovery. That’s not to demean what happened, it’s just that while some people discover themselves while travelling, I figured myself out by going through loss.

Recently, I sat with an old pal and we started to speak about bad dreams. I’ve been having a lot about my Mum recently and I chatted through them. Then I hesitated and just said it:

I miss my Mum a lot at the moment.

The relief. The ensuing conversation was exactly what I needed. I wasn’t looking for gratification or something to fix it. I was just holding this big feeling in and wasn’t doing anything about it. That moment wasn’t about identity, or about grief being something big – it was an intimate moment of emotional honesty that I really needed to express.

A lot of these feelings are about overcoming the fact that we live in a society where we don’t speak enough about grief, death, sadness. We bury it away, but it’s instrumental that we overcome the discomfort of continuing to speak about feelings and figure out how grief is integrated into our lives in the long term. I miss my Mum, and that is totally fine. I owe it to myself to understand and communicate my feelings as they change over time.

One response to “Grief and feelings”